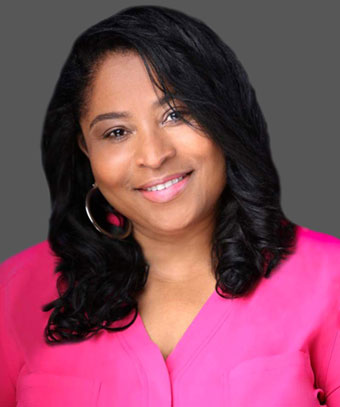 Q: What advice do you have for young women who want to pursue a career in politics?
AB: Get involved. Make your voice heard. Whether it is at a neighborhood meeting, a zoning board hearing, a school board meeting, volunteering for a candidate or organization that is advocating for an issue you care about, join in. You will meet people who inspire you and from whom you can learn. You will gain knowledge and experience. And don’t ever compromise your integrity.

Q: What is one skill you believe that women should have to facilitate a successful career in politics?
AB: It’s more a group of skills that one needs. Chief among them is the ability to genuinely listen to and respect others. And then the ability to bring disparate sides of an issue together to hammer out, to work through, a solution. Crafting public policy is the art of compromise. That doesn’t mean you leave your passions and beliefs at the door. It means you go in with an open mind. Sometimes the negotiation fails because you may be asked to compromise your values or your integrity. That’s a deal-breaker.

Q: When will women in politics become the norm?
AB: We still have a very long way to go. But progress is being made. Of the fifteen members with whom I serve on the Atlanta City Council, seven are women. As well, our Council President and Mayor are women. And although numbers remain low in the Georgia General Assembly where 30 percent currently serving are women, that is up from 20 percent in 2008. In Congress, the highest number of women in our history - 127 – are seated. But that is only 24 percent of the entire Congress. The change is slow, but it is steady, growing, and inevitable.

Q: Why do you think women remain underrepresented in business and politics?
AB: I think women are less likely to be encouraged or recruited as a potential candidate when a position opens. That is often because men dominate the political field and pull from their own ranks when looking for candidates. As women in politics – both in front of and behind the scenes – grow in numbers and influence, you will see this continue to change. Certainly, the gains made in Congress have shown that women are viable and winning candidates.

Q: What has been your greatest achievement as a council member so far?
AB: I began my first term in January 2018, and immediately sought to address pay equity in our public safety departments. We had seen pay stagnate terribly for our public safety employees. To the point where they were working two and sometimes three jobs to make ends meet. The physical and emotional toll that the jobs have on police officers and firefighters is enormous. Their life expectancy is shorter than the U.S. population at large. Working closely with our Mayor and my Council colleagues we were able to pass equitable pay and raises for the City’s police and fire employees. The passage of which has brought a marked increase in morale and, frankly, has created a safer city.

Q: If there's one wish you could be granted to change the way congress works ... what would that be?
AB: The ability for both parties to work across divides. The beauty of a legislative body is that cooperation and compromise are the markers of success. Passing legislation is a negotiation that requires give and take on both sides. Congress must retreat from its debilitating partisanship and work together.

Q: If you had the power, what one Government policy would you reverse?
AB: Recently, we have seen a host of good environmental policies (e.g. the ban on dumping waste from mining into streams, tighter automotive fuel efficiency standards, regulation of ozone standards, and limits on fracking) reversed. I would like to see many of these policies brought back. I would want to reverse these reversals!

Q: Can you tell our audience one of your most memorable moments your career?
AB: Before I ran for office, I served as the City of Atlanta’s Commissioner of Constituent Services. In that role, my staff and I solved myriad problems and challenges facing City residents. One instance, in particular, has stayed with me. The landlord of a large apartment complex made the decision to shutter and sell his property. In the process he evicted some 100 tenants all of whom were very low-income, and most of whom were elderly people with medical issues and single mothers with small children. They were all being put on the street. My staff and I worked around the clock – literally – finding housing, healthcare, food, and other forms of assistance for the residents. We helped moms enroll their children in their new school districts and made sure refrigerators were stocked and utilities were turned on. We did not stop until every single person was re-housed and safe. It was a remarkable effort that required coordination among many different government agencies. A bureaucratic nightmare that required patience, persistence, compassion, tenacity, and creativity to solve very complicated problems. I am still in touch with many of them today.

Q: What’s one lesson you’ve learned in your career that you can share with our audience?
AB: The importance of communication. Getting elected is the first step in your political career. In order to get things done for those who have entrusted you to represent them, you must build trust with your constituents, colleagues, other elected officials, department heads, etc. Be reliable, responsive, and transparent.

Q: Which woman inspires you and why?
AB: The late Fulton County Commissioner Emma Darnell. She was a warrior, a fierce and compassionate woman who fought for the elderly, the poor, the disenfranchised. She was an advocate for people who had no voice. Sometimes she spoke by herself, but she knew she was not speaking alone. Commissioner Darnell was one of the strongest, smartest, toughest people I have ever known. She entered office when women – especially African American women – were not seen. She was a trailblazer for all who came after her. I am here because I stand on her shoulders.

Q: What are some of the challenges you feel women face today?
AB: Women still face a choice between family and career. Women are the caretakers in families – whether for their children, grandchildren, or aging parents. As such, they often must put their careers and ambitions on hold. Men do not face these same constraints, putting women at a disadvantage for promotion/advancement.

Q: What advice would you give to young women who want to succeed in the workplace?
AB: Finding a mentor is extremely valuable. I have been mentored, and I have mentored many women in my professional career. Through mentoring, women support each other in many ways. You will need encouragement and support, but you also need someone who will be honest with you and push you to grow.

Q: What's your advice for women in male-dominated fields?
AB: Never ever believe you are less than any man in your field. Fight for your place at the table.

1.If you could talk to one famous person past or present, who would it be and why?
Shirley Chisolm. She was the first African American woman elected to the U.S. Congress, where she served for 14 years (1969 – 1983). In 1972, she became the first woman and first African American to run for President. Her campaign slogan was “unbought and unbossed.” She was fearless, brilliant, and compassionate. As a Congresswoman, she helped pass Title IX, which prohibits gender discrimination in the funding of education, and she secured minimum wage requirements for domestic workers.

2. Can you tell us one of your passions in life?
My family and friends. Spending time with them, receiving their love, and giving my love to them, is the most important part of my life.

3. If you were a superhero, what would your special powers be?
Black Panther’s power to detect when someone is lying

4. What app can’t you live without?
Waze navigation app

5. Is there a place you always dreamed of visiting?
Madagascar